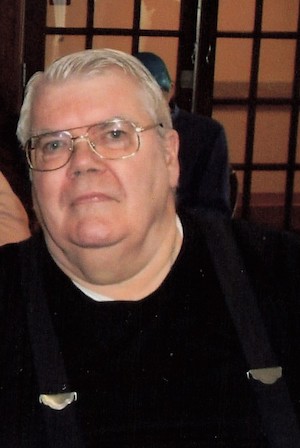 He was born in Melrose, Massachusetts, the son of M. Arline Townsend Small Flanders and Gilbert Lee Small.

Shortly before his mother remarried, she and he moved to Hillsboro, NH in 1951. Gilbert is a 1959 graduate of Hillsboro Deering Cooperative High School and he graduated from the University of New Hampshire at Durham in 1963.

For over 39 years he was a dedicated State of New Hampshire employee, working in the NH Division of Elderly and Adult Services. After several years in social work services, he worked in computer services. He retired in 2006.

For years, he was an enthusiastic contra dancer, created and sent original New Year’s cards, wrote humorous poetry, delighted in telling dry jokes and outrageous puns, loved to take photographs, taught himself a variety of computer programs on his home computer (operated several by voice-recognition software). Throughout his life, he sang in choruses and men’s glee clubs (including Concord Community Music School’s Capital Men Singers). He enjoyed performing in musicals and plays which Isabel Nichols directed for The Antrim Players. He loved attending professional and amateur theater plus local area school plays and musicals, Gilbert and Sullivan operettas, and Broadway musicals were particular favorites of his.

Family members include two surviving first cousins, Adrienne Beshong Guyette and husband Robert Guyette of Old Orchard Beach, ME; Earl Thayer Beshong of Rye, NH; he is predeceased by his mother and three other first cousins.

SERVICES: There are no calling hours. A Graveside Services will be held on November 18, 2021 at 11 am at the New Cemetery, Henniker, NH.

The Holt-Woodbury Funeral Home & Cremation Service is in charge of the arrangements.