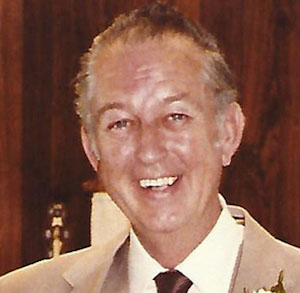 Bill attended St. John’s and Concord High School, and attended Wentworth Institute in Boston, Mass., graduating in 1948 from their architectural construction course. He worked as an engineer for 3 years for Stone & Webster in Richard Virginia while attending VMI at night to earn his engineering degree. He then worked for several years at Andrew Issacs Firm in Manchester, NH, before becoming an architectural engineer for the State of New Hampshire. He worked for Public Works and Highways for 24 years.  He and his wife Joan Crane ran the Cranehurst Hotel and Restaurant in New London, NH, for many years. The Cranehurst had been in the Crane family for three generations.

He is survived by his current wife, Lucia (Lafond) Lyons of Bow, and her family; Bonnie Cote, daughter and her husband Wayne, Steven Lawrence, son; 3 grandchildren; Amy Minor and her husband Jason Cote, Moriah Cote, Aaron Lawrence, Ronald Putnam Jr, Lucas Putnam, and Shawn Putnam; 3 great grandchildren. He is also survived by his children from his first wife, Joan Crane Lyons of New London: Debbie Lyons Bourke and her husband Bob, Bill Lyons, III, Roland Lyons and his wife Lauren, John Lyons, and Mary Lyons West and her husband Dick; 7 grandchildren, and 10 great grandchildren. He is predeceased by his wife Joan Crane, two infant sons Joseph and Patrick, and a grandson, Stevie Bourke. Bill is predeceased by his sisters, Barbara George and Patricia Holmes Mancini, and his brothers, Frank, David and Jim.

Calling hours will be at Holt-Woodbury Funeral Home & Cremation Service at 19 Hall Ave in Henniker, NH on Sunday February 26 from 1-2 PM, followed by a service at 2 pm.

Burial will be in the spring in Elkins Cemetery, New London, NH.