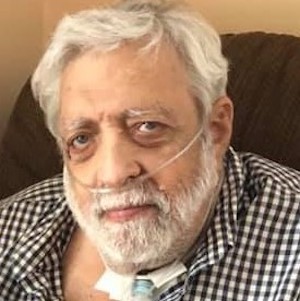 HILLSBORO, NH:  Stephen Emerson Scarcello, 74. of Hillsboro/Jaffrey, NH, passed away, with his wife by his side, on May 7, 2021, after a long battle with his health.

He was born on September 8, 1946 in Worcester, MA to Dr. Nicholas and Edith (Emerson) Scarcello. He was the youngest of three childrene. He is survived by his wife of 40 years, Margaret (Horton) Scarcello, AKA Peggi, of Hillsboro/Jaffrey, NH, his two sisters, Donna Kurth and Anya Woody both of Phoenix, AZ.  He is also survived by the many foster daughters that he and Peggi had over the years. Notably, Ellie Scarcello Means (Nick) and their daughters, Sophie and Allyson Means, of North Attleboro, MA and Chrissy Smith and her son, Alexander Peschel of Merrimack, NH, as well as Jessie Seymour and her daughters, Annybell and Carolyn Hume of Manchester, NH. He is also survived by two daughters from his first marriage, Laura and Eve Scarcello of Concord, NH, as well as nephews, nieces, and cousins.

Stephen attended school at Worcester Academy. He attended college at Washington University earning his Bachelor's Degree in History, and later attending Kent State University receiving his Masters Degree in Architecture.  Steve loved his life in Hillsboro and was an active member of the Masonic Hall, serving as Master Mason for many years. Steve also loved history and spent many summers with the Massachusetts 54th Sons of the Union Veterans, as a re-enactor, in the role of Cannoneer. He loved to participate in the events and did so until his health prevented him. He worked as a cartographer for the NH Planning Commission and he served as a substitute teacher for SAU 34, both in the Middle School and High School. He was the owner/operator of The Dutton Club in Hillsboro, NH for years along with his wife.  He owned and operated Garden Gate Realty in Hillsboro until his health declined. To his local friends he will be remembered for his sharp wit and dry humor.

There will be no burial services at the request of the family.

In lieu of flowers, memorial donations may be made in his name to the Monadnock Kitty Rescue, PO Box 468, Jaffrey, NH 03452 or The Shriners Hospital-Boston, 15 Blossom Street, Boston, MA 02114.