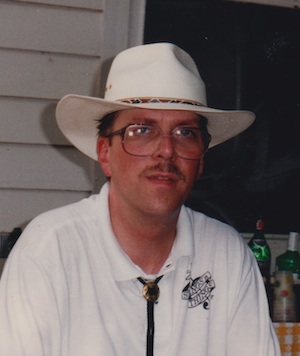 HENNIKER, NH:  Robert Norman Whyman, at the age of 64, passed away in the early hours of May 2, 2021 after a long fight with Leukemia.

Robert was born on May 25, 1956 to Edna and William Whyman. He grew up in the very small town of Standish, NY.

He then joined the New England Air Force Band in 1978, and while he was in service he attended the Crane School of Music, earning a Bachelor of Music Degree. He then attended and graduated from the University of New Hampshire, earning a Master of Science in Music Education.

He played as the organist at the Henniker Congregational Church for many years. He was a member of the music group, Strings & Things for 10 plus years, going all over New Hampshire and near by states, playing many different gigs.

He is survived by his loving wife of 39 years, Katherine Buxton Whyman, his sisters, Donna Eads, Carolyn Ianelli and Elaine Peralta, and a brother, Kevin Whyman.  He also leaves behind many nieces and nephews.

He was loved by many and will be missed by all.

Services and Burial will be held at the convenience of the family.