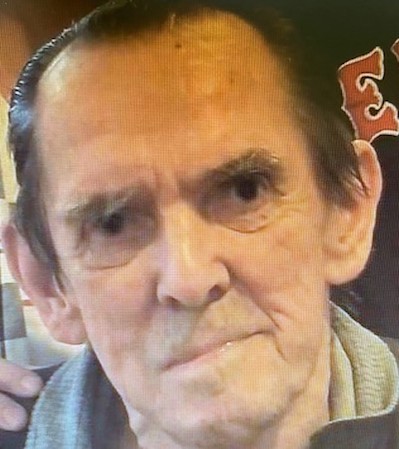 HILLSBORO, NH:  Douglas Herbert Hare, 82, passed away on May 7, 2020, from complications related to COVID-19, in Concord, New Hampshire.

Doug was born on October 31,1937, in Bridgeport, Connecticut, son of Herbert and Margaret (LeDoux) Hare. He was a Navy Veteran, retiring in June 1977, after 20 years, and was very proud of his submarine service. His grandson, Noah Alexander, carries on by serving in the US Navy today, serving in Garland, Texas.  After retiring from the US Navy, Doug worked with his father at Hare’s Precision Grinding, in Deering, New Hampshire. In 1986, he married the love of his life, Shirley Ann Perrier.  For over 30 years, they visited casinos in Connecticut and Atlantic City, and enjoyed spending time at the American Legion Post in Hillsborough, New Hampshire until her passing on April 19, 2017.

Doug was also predeceased by a sister, Karen Hare Ferrigno, in 2008.

Doug will be fondly remembered for his love of sports, Hershey bars, his Celtics jacket, and his US Navy polo shirt, which he wore proudly.

His family would like to thank the staff at Concord Hospital for their selfless care of our father, grandfather and great-grandfather. You are truly heroes and we thank you so much for being by his side when we could not be there.  Love to you all.

Donations in his memory may be made to the Hillsboro Rescue Squad.

Due to COVID-19, a memorial gathering will be held at a later date, when time allows.