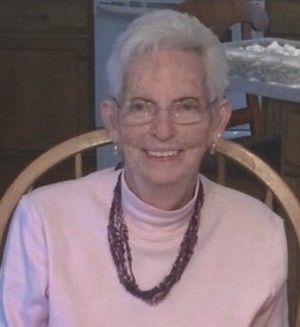 CONTOOCOOK, NH:  Janet L. Krzyzaniak, 81, of Contoocook, passed away at home on July 27, 2022 with her family by her side.  She was born to the late George and Lillian Langwasser on April 22, 1941 in Selbyville, Delaware.

Janet worked in a number of roles, from clerical positions and meat wrapping at the A&P Grocery Store to working as a Supervisor in Child Support Enforcement for the State of NH.  Janet also helped her husband run Krzyzaniak Enterprises and volunteered with the Hopkinton Fire Department as a dispatcher and auxiliary member.  Strongly believing in the importance of civic duty, Janet went on to be elected the first female Selectman for the Town of Hopkinton.  Over the many years, Janet devoted time and service to the community. Janet held the Chairman seat for the Zoning Board of Adjustment and then of the Budget Committee.  Known for her fierce and passionate stance on civic matters, Janet was a fixture at meetings for Hopkinton Fire Fighter’s Auxiliary, and Hopkinton Schoolboard, Selectboard and Town Meetings and volunteered during voting events.  Janet also spent many hours volunteering for the Boys and Girls Club and the Slusser Senior Center and making greeting cards, quilts, and knitting with her much-loved friends as well.

She was always willing to lend a helping hand, or to open her home to others.  Tom and Janet opened their home to children from the fresh-air program, German Exchange students, friends in need, and her “adopted” daughter, Sheila Ashford.

In addition to her crafts, Janet loved camping, visiting her family in New Jersey and Ohio, was a member of the Tappets Auto Club (a car racing club), competed in a variety of car events, traveled to NASCAR races across the country, rode motorcycles, snowmobiles, drove her beloved Corvette (which no one else was allowed to drive!) and anything else that would go fast.  She was a star basketball player for the Hopkinton Hawks, and loved water skiing on Lake Sunapee, where she spent a lot of time at her parents’ lakeside home.  She found great joy in feeding wild birds, especially her hummingbirds, and tending to her flower garden. She had an infectious laugh, was wildly loyal to friends, and immensely proud of her family.

In lieu of flowers, memorial contributions may be made to the Hopkinton Firefighter’s Association, PO Box 513, Hopkinton, NH 03229.