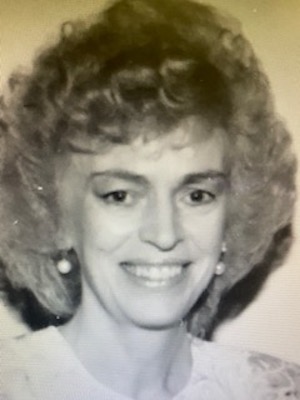 Dot worked as a Legal Secretary with Smith-Weiss Shepard, PC in Nashua, New Hampshire until her retirement.

She is survived by her daughter, Susan St. Pierre of Wesley Chapel, Florida, her daughter-in-law, Dale (Cleveland) Gilman of Weare, her three granddaughters, Cassidy Gilman of Weare, Jacqueline Gilman of Manchester and Jillian Gilman, a great-granddaughter, Harlyn Gilman of Litchfield, and a grandson, Joshua Wedge of Manchester.  Her son, Anthony “Tony” Gilman predeceased her in 2007 and her husband, John, predeceased her in 1974.

Dot suffered from Alzheimer’s the last 10 years of her life and she dealt with it gracefully.  Dot loved life and her family.  She especially loved her grandchildren.

Although Dot’s passing means heaven's gain, she will be dearly missed by her family, friends and all who knew her.

Burial will be at the convenience of the Family.