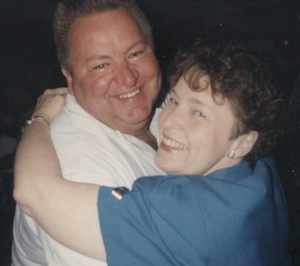 In his youth, Ron could be found riding horseback through the neighbor’s apple orchard with his siblings, where his lifelong love of horses began.

Ron joined the Army and served in Panama, and also served with the Military Police. Upon discovering his “horse whisperer” abilities, the Army sent him across the United States to find ponies for the soldiers to ride as recreation.

After leaving the service, he scooped up his sweetheart, Jeanne Lovelace, and they road off into the sunset on his white steed to start their own farm in Mason, NH. There, they had two children, Bonnie Lee and Robert Lowell, who were raised with a love for riding, animal husbandry, and backwoods adventures. Ron became a Police Officer and was known around Mason as the person to call whenever someone needed help or assistance with a difficult job.

Ronald moved his family to Antrim, NH, and took a job at Crotched Mountain Rehabilitation Center. For 18 years, Ron cared for children with special needs and their families, changing countless lives for the better. He was dearly loved by his students and coworkers.

He was a jack of all trades who could build a house as well as he could play harmonica, ride rodeo, and make “dropped eggs on toast”. He was known as the “Dock Doctor” but when he wasn’t working out on the water, he was cruising with his family on his pontoon boat.

Ronald will be remembered as a loving husband, father, grandfather, brother and friend. He had sparkle in his eyes always and a permanent smile. He spent his later years enjoying the wildlife from his window and socializing with his neighbors at the Maple Leaf Apartments in Hillsborough, NH.

He is survived by his wife of 55 years, Jeanne LaPointe, his children, his four grandchildren, his sisters, and a world that will be just a little less beautiful without him.

A celebration of life will be held at the Maple Leaf Apartments Recreation Hall at 1pm Saturday February, 1st.

In lieu of flowers, donations can be made in his honor to Touchstone Farms in Temple, NH, where he helped children through equine therapy.