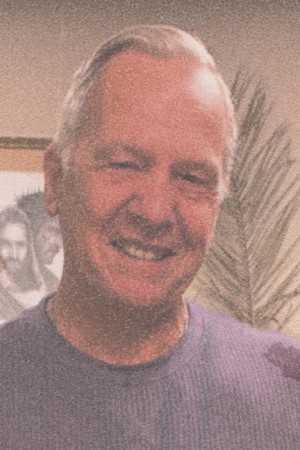 Ron's grandchildren were the joy of his life and attended many of their sporting events.  Ron was the Postmaster of Post Office in Mont Vernon, NH for over 25 years.

Ron and his family lived on the well known Lamson Farm in Mont Vernon.   They had horses and other farm animals. Often, school children visited the farm to bottle feed the lambs and pet the horses. Ron and Jeannine took long horse back rides on the farm’s 300 acres. They learned how to ride horses when they were in their fifties and loved every minute of it.  Ron was a volunteer fireman in the Town of Mont Vernon. He took great care of the town owned Lamson Farm and brought it back to life.  He and Jeannine had several gardens and chickens and would often give produce and eggs away to their friends and family.

Ron spent his life serving others.  He would visit patients in the hospital and was part of the St Vincent de Paul Society and would bring groceries to those in need.  He visited prisoners and did many “kairos” weekends at the prison bringing Jesus Christ to the prisoners with other leaders from the St. Marie Church.

He was one of the leaders of “The Pioneer Club” for the children at his church, The Weare Christian Church, and the children loved “Mr. Ron.”

He coached his own children's baseball teams for many years and later in life he was an umpire until he was in his late 60's.

He was part of the Weare Christian Church prayer group. He attended many bible study groups and loved “His Lord, Jesus Christ” and would often share his beliefs in Him with those who would listen. He and his wife Jeannine were leader couples for the “Towards Marriage Program”, a weekend for couples who were getting ready to get married.

In lieu of flowers the family request a donation be made to The Dana Farber Medical Center in Boston, MA.