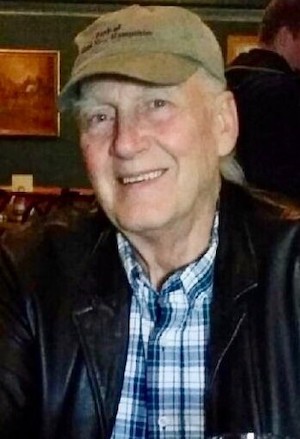 DEERING, NH:  Philip Drew Carter, 79 years old, was born on December 3, 941.  Drew passed away at his home peacefully on April 21, 2021.  He was the son of the late Seymour Carter and Barbara Jane Drew Carter.

Drew was born in Natick, MA and was raised in Sherborn, MA. He was a graduate of Framingham High School, Class of 1959 and joined the Marine Corps after high school.  He did a three-year tour, returned and owned a tree business in the Middlesex area for many years.

He moved to New Hampshire in 1980 and was partners in a real estate firm for the next 30 years.  Drew loved to spend time talking with his family about life stories and his many adventures with his loving wife of 51 years. He also loved hanging out with friends, on a daily basis, beginning at the Hillsboro Diner and  eventually moving to Kat’s Corner Store in Hillsboro, NH.

A Celebration of His Life will be held Sunday, May 2, 2021 from 1 to 7 pm in the American Legion Post # 59 Hillsboro, NH, where he was a member for many years.  Masks will be required and social distancing as per CDC Guidelines will be followed.

Burial will be in Harvey Memorial Cemetery in Hillsboro, NH.