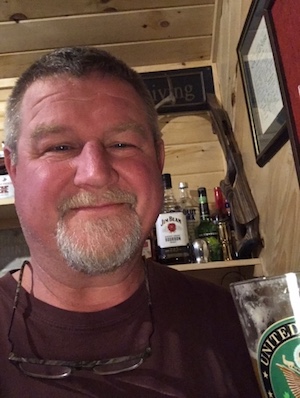 Born on February 26, 1972, to Richard R. Robbins, Jr. and Susan C. Robbins, Chad was a long-time resident of New Hampshire. He was educated in Concord, Hillsborough-Deering, and Franklin schools. He enlisted in the US Army during the Gulf War, trained in Air Assault, and was stationed in Kentucky and Wyoming. After his military service he worked for Ford Motor Company as a service writer and eventually for the town of Newport as a heavy equipment operator.

Chad was a very social person and enjoyed interacting with family and friends. He loved the outdoors in all seasons. He rode motorcycles and ATVs and participated in hunting and fishing while living in New Hampshire.

Chad is survived by his wife of 16 years, Alisha Robbins, and children, Richard IV and Emily.

He will be interred at a later date, at the Florida National Cemetery in Bushnell, Florida where his father is interred.