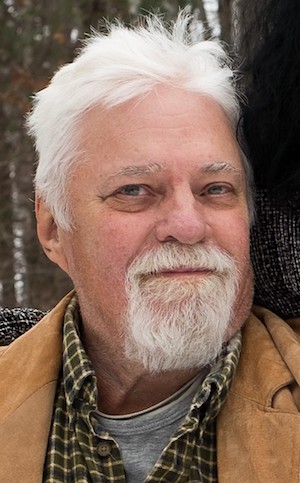 Jon was the husband of Silvia (Rodriguez) Spence of Hillsboro, NH, with whom he shared 48 years of marriage. Besides his loving wife Silvia, his survivors include his two daughters, Maylea Spence and daughter-in-law Jennifer DeWitt of Greenfield, MA and Juliana (Spence) Wilson of New Ipswich, NH and his granddaughters, Suria and Iris Wilson and Juniper DeWitt.

Jon was educated in the Hollis/Brookline school system, Class of 1966. In high school, he played basketball with his brothers and cousins, and in 1965 his team won the State Championship with an undefeated season, setting a record that has yet to be matched. Following high school, he attended Franklin College in Indiana.

In 1971, Jon and Silvia were married and shortly after they bought land in Hillsboro, where Jon built a home for his family. He was the co-owner of Concord End Builders where he built and renovated many homes in the Hillsboro area with his partner, Roy Steiner, for over 20 years. Gardening was one of his favorite pastimes and he spent many hours transplanting flowers, particularly daylilies, at his home.

Jon always had a love for travel, and visited many different places with Silvia over the years including Mexico, the Caribbean, Europe, and Asia. He often said he wanted to travel to “see what his fellow man was up to.” Jon also enjoyed many hours sitting on the beach, often staying until sunset.

As a father, Jon always supported his children’s love for sports, arts, and academics. He spent many hours coaching, watching, and umpiring their softball games and also building sets for their theatre performances. He never missed a chance to cheer them on or encourage them to succeed and follow their own paths.

Jon had a great love of music, beginning with The Beatles and Bob Dylan. He even attended the original Woodstock in 1969. He played acoustic guitar and played often for his family and friends around the campfire. He was enthralled by lyrics and often spoke through music. His collection was eclectic and he always shared the music he loved with everyone around him.

In recent years, Jon became “Papa” to three granddaughters whom he cherished. He loved to sing songs and rhymes to them and hold them in his arms.

Besides his parents, Jon was predeceased by his youngest brother, Brian Spence, of Hollis, NH.

There are no services at this time.