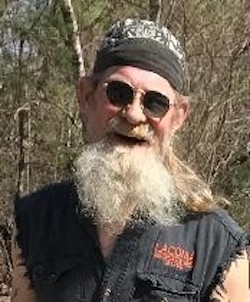 Robert was predeceased by his father, Paul and brother, Eugene White, a sister, Brenda White and a stepsister, Donna White.

His hobbies were fishing, horseshoeing, motorcycling, and playing darts, and he was also an avid bird watcher.

A Celebration will be held Wednesday, February 6, 2019 from 2 to 4 pm in the Holt-Woodbury Funeral Home & Cremation Service in Henniker, NH.

Burial will be held at the convenience of the family.