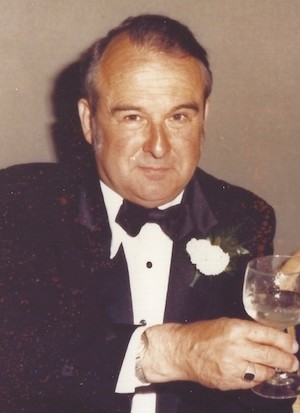 PETERBOROUGH, NH:  Norman Austin Bennett, 90, passed away Thursday, December 12, 2019 at Hillsboro House, Hillsboro, NH after a short stay.  Born in Hillsboro on April 4, 1929 to Merrill and Yvonne Bennett, he was one of 11 siblings.

Norman became a woodworker and carpenter very early in his life, working with his father.  He married his wife, Barbara Anne (French) Bennett in 1951.  While starting a family, he grew his talents and passion for working with wood.  He spent most of his time inventing unique furniture while also establishing a business in homebuilding. He was known for his high standards in craftsmanship.

He built many homes in the Monadnock region and beyond, and also renovated historical buildings in New Hampshire and Massachusetts.  He worked on the House of Seven Gables in Salem, MA, rebuilt the cross on the Catholic Church in Peterborough, NH and the doors of the church in Hancock, NH.   He built the firs envelope house in New England and received multiple copyright exclusions for customer’s homes.  Most predominate was his work with Royal Barry Wills.  He could tell you where each and every one of those houses that he built were located. When Norman wasn’t working, he was still working.  Even at leisure, he was a hard worker with an enviable work ethic.  He was often busy inventing and building in his wood-shop. If not, he was always willing to beat one of us in a game of pool.

In 2004, he and Barbara moved next door to their daughter Lynn because of their love for the ocean.  They were followed up to Maine by their daughter, Annette, and family, as well as their granddaughter, Pam Bryer, and her family.

Norman is survived by his four children, Lynn Williams, of Owl’s Head, ME, son, Richard Bennett of Owl’s Head, ME, daughter, Teresa Crowe and her husband Rick Crowe of Peterborough, NH, and daughter, Annette Mather and husband Paul Mather of South Thomaston, ME, and by his grandchildren, Pam Bryer and her husband Zac Cornish of Rockland, ME and their three children, Jacob Lyons, Erin Lyons, Elizabeth Lyons, Reuben Lyons, Annie Morozko, Alexandria Lyons, Cyrus Lyons, Bennett Mather and Samuel Mather.   He is also survived by his sisters, Evelyn Holdner and Gail Brown.  Norman was predeceased by his wife, Barbara (French) Bennett, by his brothers Francis, Earl, Leonard, Marshall, and Robert, and his sisters, Elaine Paquin, Yvonne Sullivan, and Anita Mooney.

Calling hours will be held Monday, December 16, 2019 from 4 to 5 pm.  Services will follow at 5 pm, in the Holt-Woodbury Funeral Home & Cremation Service, 32 School St, Hillsboro, NH.