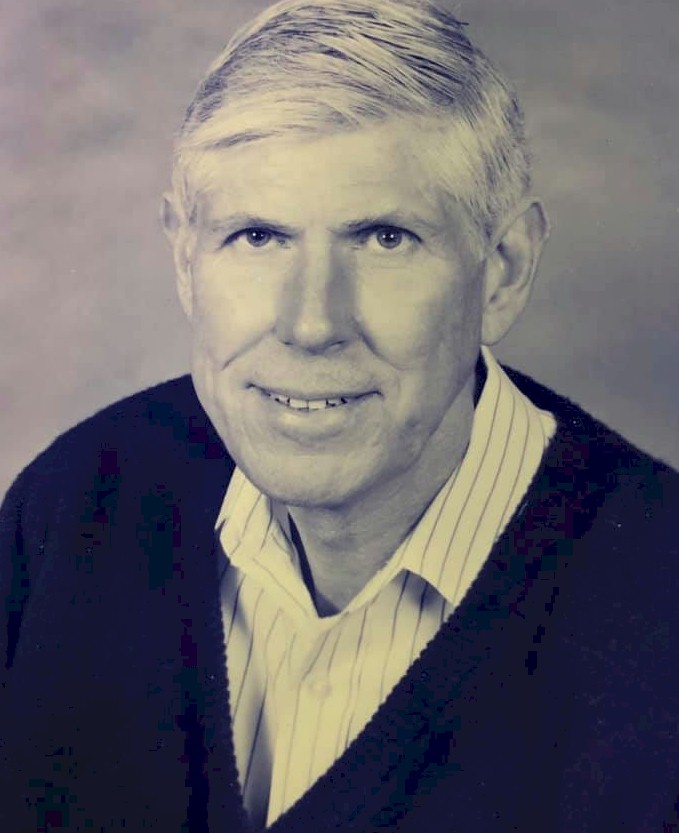 HENNIKER, NH:  John V. Kjellman passed away on Thursday, April 18, 2019 in Henniker, N.H., in the home in which he had spent most of his boyhood. It was a peaceful end to a nine-year pain-free effort of dealing with the consequences of cardiac and pulmonary disease.

John was born in Boston on September 27, 1939, the first child of Victor H. and Mary C.  Fuller Kjellman. At age eight, his family moved to Henniker. After graduation from Henniker High he attended the University of New Hampshire, graduating with a degree in Mechanical Engineering. The Navy came next, where he spent three years as a diving and marine salvage officer. Next it was back to the classroom at the University of California, Berkeley, where he earned a Master of Business Administration degree. Then, back to the Navy for another tour of duty, in the Philippines and Vietnam. He said he wanted to better understand the Vietnam War.

Next it was semiconductor manufacturing in Silicon Valley, where he took his first job at Fairchild Semiconductor, the big daddy of the industry. That was followed by ten years of related employment and work as an independent contractor, with time out for a six- month deployment to Egypt, where he served as the assistant to the project manager on the Suez Canal Clearance Project.

The SCCP was a U.S. funded and directed project to clear ten sunken wrecks which were blocking the Suez Canal from useful operations. The wrecks had been deliberately sunk during the 1967 war.

During these years he found time to learn to fly, and earned a Commercial Pilots’ license with multi-engine and instrument ratings. He was very proud of the fact that he understood the air traffic control system, and could fly under instrument flight rules with professional pilots.

From there John struck out on his own, creating Victorex, Inc., a full-service computer sales and service firm in the San Francisco Bay Area. It had a mixture of successes and John eventually sold the hardware maintenance arm of Victorex to focus on software for Vacation Rental Managers. This commanded most of his attention for several years, as he also founded what became the Vacation Rental Managers Association, of which he became the first executive director. Later, he dedicated his efforts to the further development and support of his VRM software.

Life took a major change in direction after a fateful plane ride to Boston. It was there he met Eleanor Glynn, his wife to be. If it was differing ideas about parenting that drove both to claim the other was hard to live with, it was a far stronger mutual love for children and respect for each other that bonded them for life. Near the end, John frequently said he was very proud of the fact that they both stuck it out together to their respective ends. Eleanor said something similar before she died.

John was also predeceased by his son Curtis, who died in an automobile accident. He is survived by his daughter Amy, his granddaughter Kyla Jayde Antel and his extrafamilial daughter Anna Encalada, who has been an important part of his life for almost 50 years. He is also survived by several grandchildren who have not been in his immediate orbit the past few years.

A service to memorialize and celebrate John’s life will be held on Sunday, May 5th at four o'clock in the afternoon at the Henniker Community Center at 57 Main Street in Henniker, New Hampshire.