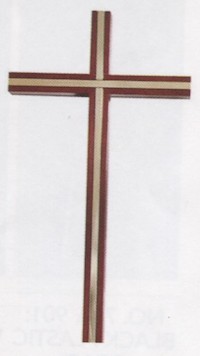 She was born in Brooklyn, New York on November 12, 1929, the eldest daughter of John Little and Anne Butler Little. Joan attended Fontbonne Hall and St. Joseph’s College, and was employed by the New York City public school system as a kindergarten teacher. In 1952, she married James “Jim” Donoghue. The couple were married for 55 years until he passed away in 2007.

They had six children: James, Mary, John, Daniel, Timothy and Virginia. Following her husband’s death, Joan moved to Hillsborough, NH to be closer to family members.

Joan maintained a variety of interests throughout her life, including reading, theater, crafts, and dressmaking.  Family and friends treasure the many quilts she made and gifted over the years. In addition to teaching, Joan also pursued a career as a nurse, inspired by her daughter Mary, and spent her later years traveling around the country.  In the last decade of her life Joan also found friendship and support through the faith community of St. Mary’s Parish.

Joan is survived by her two sisters, Mrs. Barbara Wengler of New York, and Mrs. Claire Keenan of Arizona, her children James and Deborah Donoghue of North Carolina, Mary and Christopher Caldwell of Massachusetts, John Donoghue of Florida, Daniel Donoghue Pennsylvania, Timothy and Pamela Donoghue of New Hampshire, and Virginia and Anton Bartoldus of New Hampshire, 15 grandchildren, one great-grandchild, as well as many nieces and nephews.

At this time, the family wishes to express their gratitude to all those who showed such kindness to Joan during her years here in New Hampshire. Your kindness will always be remembered.