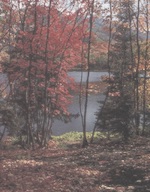 He was born July 17, 1941 in Peterborough, NH to the late Robert A. and Harriet P. (Cochran) McQuade.  He was also predeceased by his eldest brother, Richard McQuade of Lyneborough, NH.

Clyde worked for over 40 years as a Machine Operator for Hitchiner Manufacturing in Milford, NH before his retirement and served in the National Guard from 1963 to 1969.

Burial will be in Center Cemetery, Washington, NH, at 11 am, prior to the service.

A Memorial Service will be held Saturday, July 21, 2018 at 1 pm in the Washington Congregational Church, Washington, NH. The Rev. Peter Howe, Pastor, will officiate.