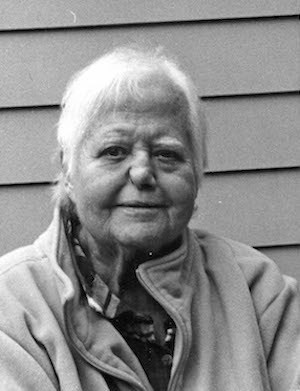 WARNER, NH:  Dianne died on December 3, 2018 at the Jack Byrne Center in Dartmouth-Hitchcock Hospital in Lebanon NH.  After two years of dealing with kidney failure, infections and a weak heart, her systems just gave out.

Born on January 12, 1947, she was 71 years old, and had lived a full and successful life.  Dianne graduated from DePaul H.S. in Wayne, NJ and went on to complete her diploma nursing degree at Paterson General School of Nursing, also in NJ.  She and a friend went to Europe as a graduation gift to self.  As an RN, she worked in OB/GYN and eventually took the lead position.

She married Martin Vincent of Wayne, NJ in 1970, bore a son Eric in 1972 and the three of them, plus a dog, packed all their belongings in their cars and escaped NJ to move into a motel in Vermont.  Martin found a job, they bought a house, and lost the job.  Dianne went to work in the ER at Cheshire Medical Center in Burlington, VT on third shift and Martin worked in a hardware store.  He would meet her on Route 7 each morning and hand off the baby.  Dianne would go home, care for Eric and try to rest for the next day.  Martin eventually returned to the Aerospace Industry and things smoothed out.

Dianne was a mother and wife for years until wishing to help her son meet new children, she enrolled him in day care/kindergarten and worked near the school in a Burger King.  When Eric moved to grade school, she volunteered at the school library until the family moved with Martin’s job to NC.

In NC, she was mom and wife and part-time bartender until the family moved to NH.  To help ends meet she went to work part-time in a meat packing plant while her son was in school.  Dianne and Martin built a home in Warner, NH and have remained there for almost 35 years. Dianne was a large part of the project and worked tirelessly during the build.  Again, when things settled out, she went back into Nursing and worked as the “Float Nurse” for the Hitchcock Clinic in Concord, NH.  She moved into Dermatology for years and then, when the doctors moved to another location she became the primary Supplies Clerk for the 8 doctor practice.

Dianne retired in 2010 and has pursued interests like gardening, cooking, travel touring (especially Nova Scotia), volunteering with her dog “Jack” as a Caring Animal Partner at nursing homes and got involved in a sport called Cowboy Action Shooting.  She was a cowboy at heart and did have fun playing dress-up and “shootin’ them guns.”  For many of the local clubs, she was the chief photographer and completed many “memory books” for special events.

She was an avid reader and good craftsman and a very large part of her husband’s life.  Dianne is loved and sorely missed.

There will be a memorial service at Holt-Woodbury Funeral Home in Henniker, NH on Monday, December 10thstarting at 5:00 PM – wine to follow.